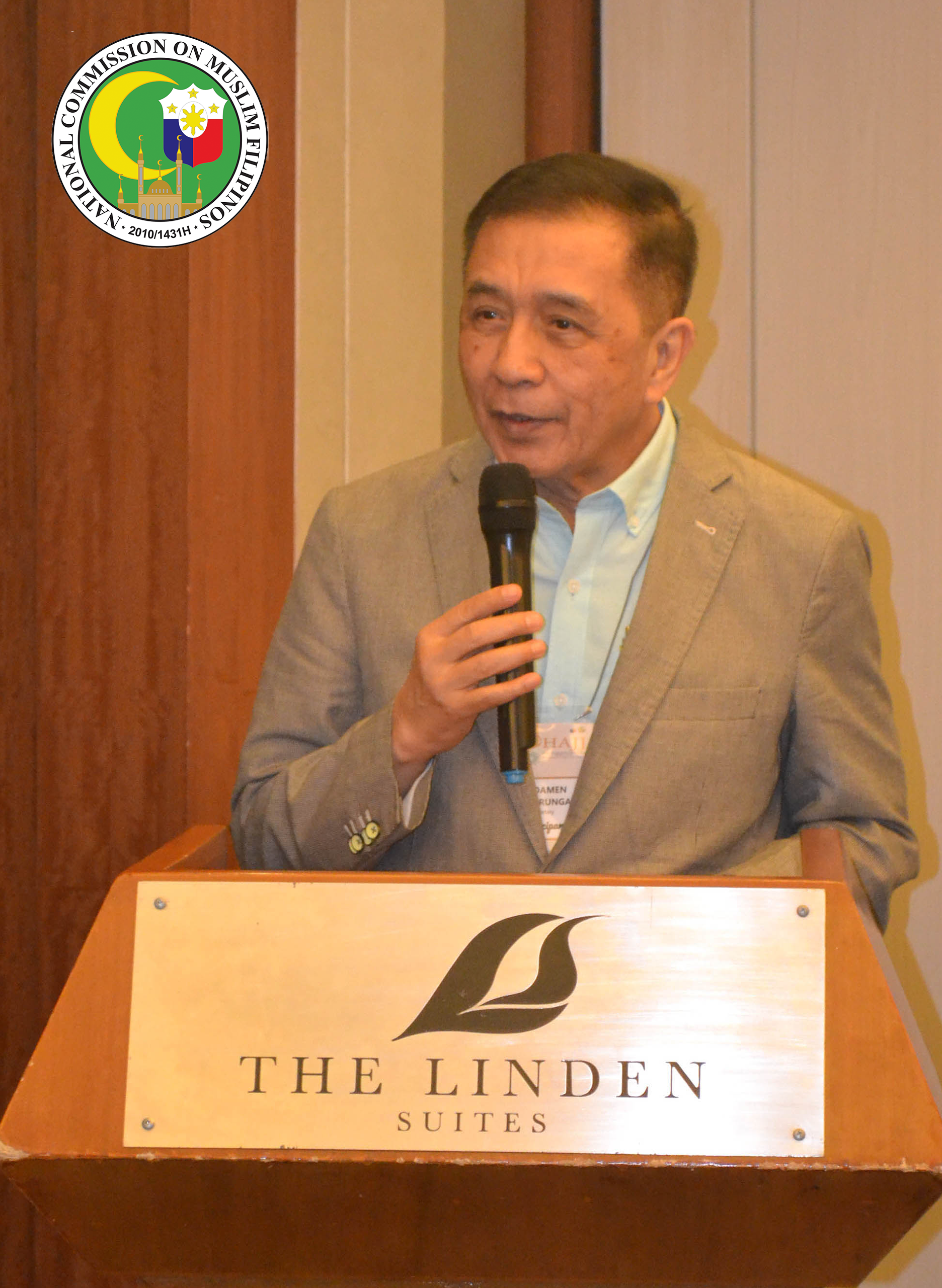 Sec. Saidamen Balt Pangarungan is a lawyer and former governor of Lanao del Sur province in the Philippines from 1988 to 1992. He studied at the Jamiatul Philippine al-Islamia (Islamic University of the Philippines) in Marawi City, where he was a consistent valedictorian in his elementary and high school years in 1956-1966. He finished his Liberal Arts degree in 1971 and Law in 1976 at the San Beda College as a consistent college scholar. He passed the Philippine bar examinations on the same year with a weighted average of 85.6%.

He immediately went to law practice with the prestigious Siguion-Reyna, Montecillo & Ongsiako law offices in Makati City until 1984, where he became a legal counsel of both local and multi-national companies in the Philippines such as Bank of America, Goodyear, Caltex, Sumitomo, Dole Philippines, San Miguel Corp., PLDT, Philippine Airlines, and Equitable PCI Bank (now BDO).

Currently, he was appointed by President Rodrigo R. Duterte as the new Secretary of National Commission on Muslim Filipinos with a term of two years on 9 July 2018, replacing former secretary Yasmin Busran-Lao

As an opposition candidate against the ruling Kilusang Bagong Lipunan (KBL), Pangarungan was elected Assemblyman of the Autonomous Region in Muslim Mindanao (ARMM) from 1979 to 1982.

He was the vice president of the PDP-Laban Party since 1984. After the EDSA revolution in 1986, Pangarungan was appointed acting governor of Lanao del Sur, replacing governor Mohamad Ali Dimaporo, a powerful ally of then President Ferdinand Marcos during the martial law regime. A challenge to his administration was the kidnapping of 12 Carmelite nuns from their Marawi hilltop convent by lawless group of men. From the Vatican, Pope John Paul II appealed to their captors to release the nuns who were later brought to Lumbayanague across south of Lake Lanao. After two weeks of continued search, Pangarungan led government security forces and encircled the kidnappers’ holdout. Under heavy pressure, the outnumbered kidnappers were forced to release all the nuns, safe and unharmed.

Pangarungan was later appointed as undersecretary of Department of Interior and Local Government by President Corazon Aquino. He was tasked as chairman of the inter-agency committee that investigated the ghost barangays in the Muslim provinces. After 6 months of ocular investigations and upon his recommendations, President Aquino signed an executive order abolishing some 2,000 ghost barangays in the two Lanao provinces, saving the government billions of pesos in regular allotments to the non-existent or uninhabited villages. As undersecretary, he also helped craft an executive order granting regular salaries and allowances to barangay (village) officials in the country.

AS AN OUTSTANDING GOVERNOR

In the 1988 elections, he was elected governor of Lanao del Sur beating the political dynasties in the province. As governor, he built the 4-hectare provincial capitol complex overlooking the scenic Lake Lanao, the provincial library, People’s Park and commissioned other infrastructure projects. He also concreted 110 kilometers of two major road networks: the Lake Lanao circumferential road and the Marawi-Malabang Road. At that time, the internal revenue allotment (IRA) of the provincial government was a meager P850,000 a month compared to the P160 million monthly at 2017 figures.

Pangarungan was also a member of the Philippine delegation at the World Muslim Congress in Karachi, Pakistan in 1983, where he sponsored the adoption of the ‘Karachi Declaration for Peace & Unity’ to revive the long stalled peace talks between the Marcos government and the rebel MNLF and BMLO forces. The delegation included Senators Acmad Domocao Alonto, Salipada Pendatun, speakers Uttoh Ututalum and Abulkhayr Alonto, Court of Appeals justice Mama Busran and Princess Tarhata Lucman. In 1987, President Cory Aquino sent Senators Aquilino Pimentel Jr., Agapito Butz Aquino, Norberto Gonzales and Pangarungan to the Organization of Islamic Conference in Jeddah, Saudi Arabia to revive the peace talks with the MNLF- Nur Misuari faction. This led to the signing of the Jeddah Accord of 1987. Nur Misuari ended his exile and returned to the Philippines to eventually sign the 1996 Final Peace Accord with the government.

In 2007, he became President of the Agus 3 Hydropower Corporation; and later in 2013 as chairman/CEO of the Maranao Energy Corp.(MENCO) that won the government bid on the Agus 3 hydropower project (240 Megawatts) in 2015. Pangarungan pursued the Agus 3 project to help address the crippling power outages in Mindanao in 2010 to 2015 .

ENTHRONEMENT AS A SULTAN

He was enthroned Sultan of the Sultanate of Madaya, Marawi City on July 5, 2009 attended by 12,000 dignitaries and guests.