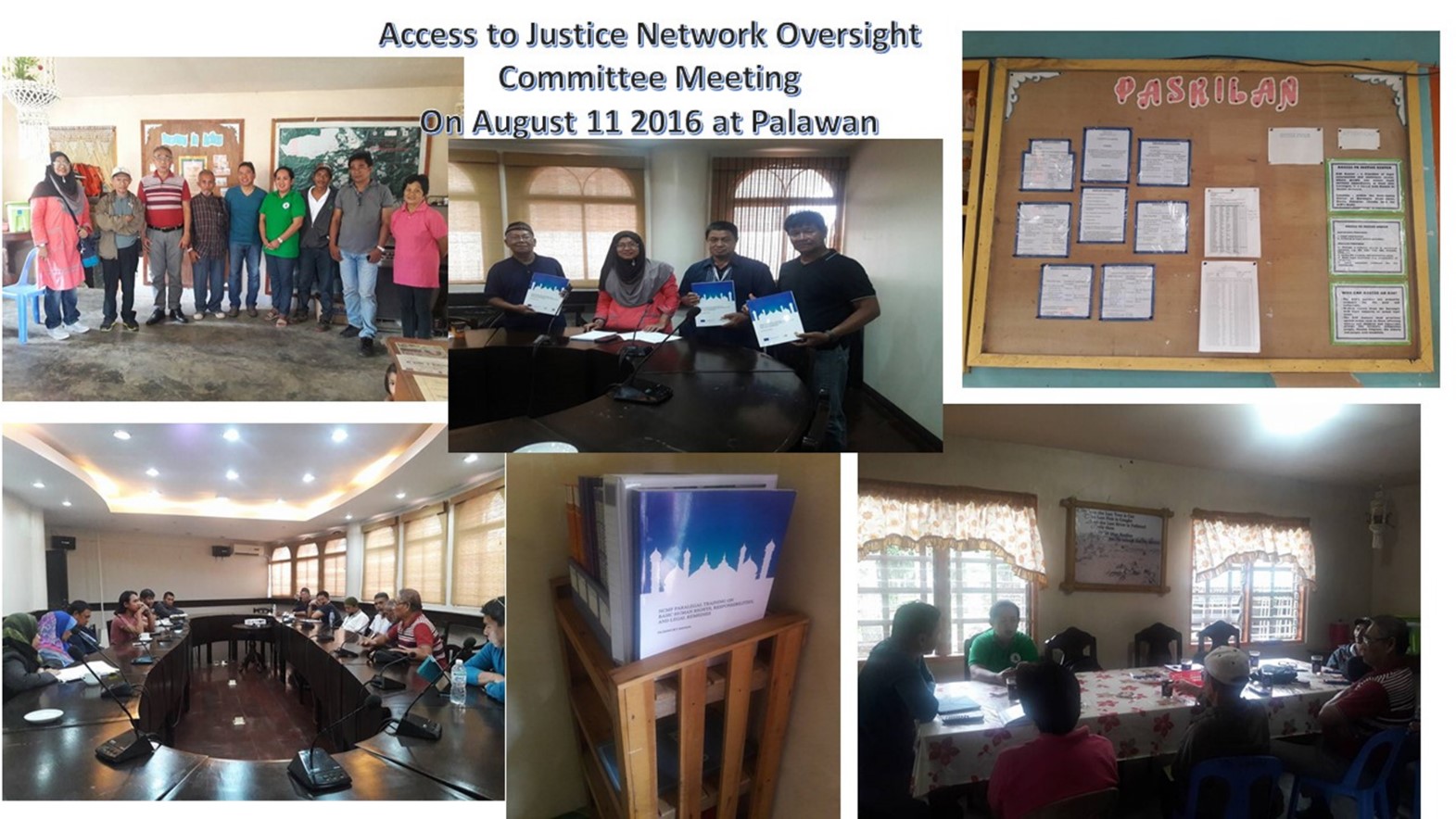 In August 2016, the first Access to Justice Network (AJN) oversight committee meeting on the implementation of AJN centers in ten baragays in Palawan was held at the Provincial Capitol, Puerto Princesa City, Palawan. The National Commission on Muslim Filipinos (NCMF) thru Bureau of Legal Affairs (BLA) and Bureau of Peace and Conflict Resolution (BPCR) facilitated the first meeting in cooperation with the European Union Philippine Justice Programme II (EP JUST II), the Provincial Legal Office of the province of Palawan and the United Muslim Communities in Palawan for Peace and Progress (UMCPPP).

The meeting was called upon to monitor and assess AJN center performance and look into necessary operational, resource and policy support towards AJN mainstreaming. It is recognized that close and regular monitoring and institutional support of the AJN centers is essential to ensuring both their effective and efficient performance and the sustainability of the AJN model in Palawan and elsewhere, as AJN centers in Palawan may serve as a laboratory for the development of AJN programs in the rest of the country.

Atty. Joey Mendoza of EPJUST II has mentioned that the EPJUST is happy to know the progress of the AJN centers in Palawan and will continue to support them.

The NCMF thru provincial office in Palawan will endeavor to continue supporting the institutionalization of AJN Centers in Palawan especially on the technical and sustainability aspect such the turnover of IT equipment the AJN centers.