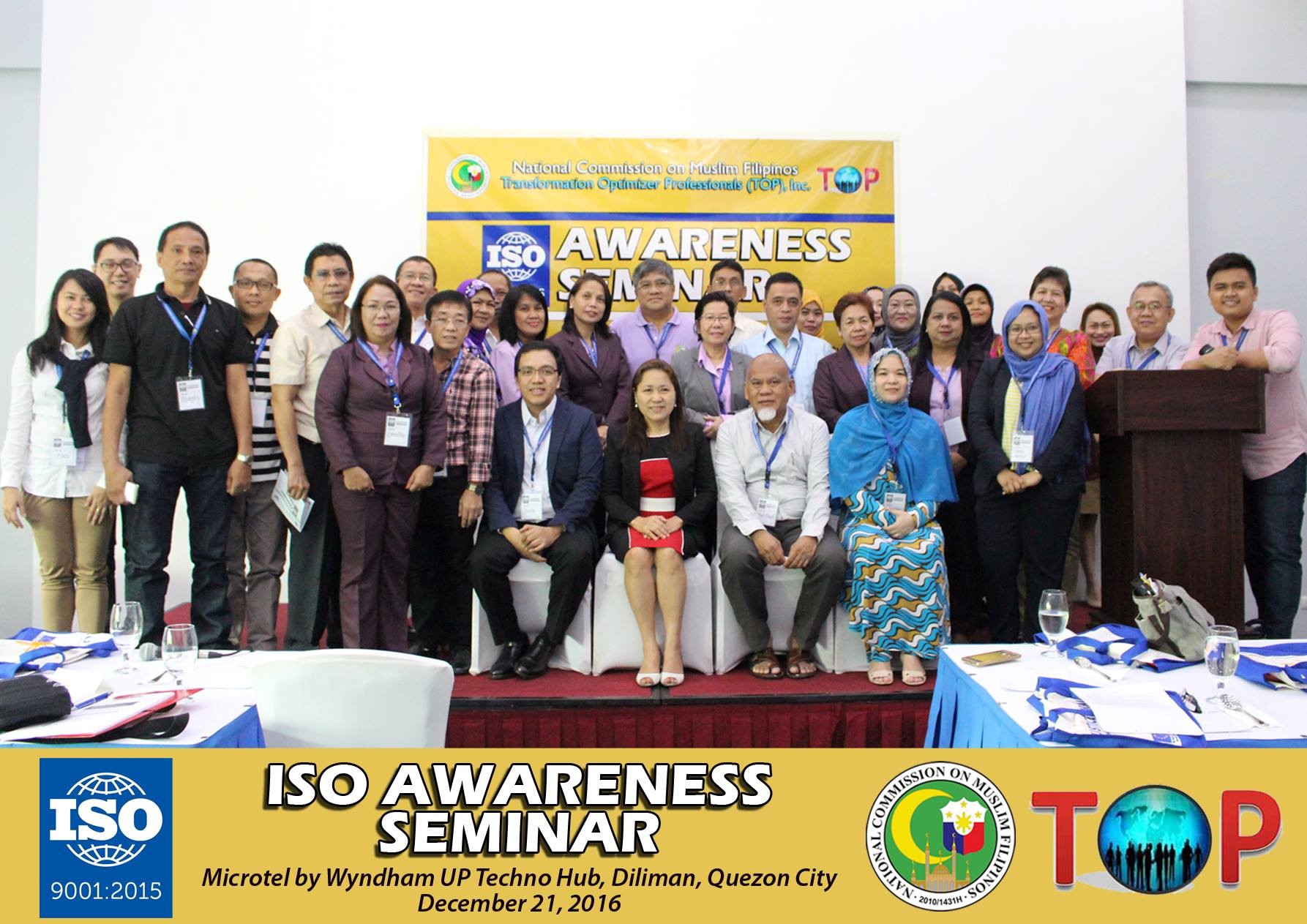 top, from left to right: The rank and file of the National Commission on Muslim Filipinos

The National Commission on Muslim Filipinos holds awareness seminar on ISO 9001:2015, the latest version of quality management system standard, which was held in 21 December 2016 at Microtel by Wyndam UP Technohub, Quezon City.

The seminar seeks to orient the officials and staffs of the National Commission on Muslim Filipinos on the International Organization Standardization (ISO) and its one core process of Quality Management System (QMS).

Also, the seminar is in response to the memorandum circular in May 12, 2016 issued by the Inter-Agency Task Force (IATF) prescribing the criteria and conditions for the grant of Performance Based Bonus (PBB) for FY 2016. The memorandum stipulates that the PBB recognizes government employees “who play greater role and carry a heavier responsibility in attaining performance targets and delivering results” (Inter-Agency Task Force, 2016, p. 1). One of the conditions on eligibility and procedures for the grant of PBB is the establishment of a “QMS for at least one core process certified by any international body approved by the AO 25 IATF or ISO aligned documentation…” (Inter-Agency Task Force, 2016, p.3).

The resource person for the ISO Awareness Seminar is Ms. Elenita P. San Juan. She is President and Managing Director of Transformation Optimizer Professionals (TOP) Inc.

Ms. San Juan emphasized that ISO will help NCMF demonstrate to its clients (Muslim Filipinos) that they can offer products and services of consistently good quality. Moreover, ISO can act as a tool to streamline the operations of NCMF and make the processes more efficient at what they undertake

She adds that, “the ISO 2015 version is easier to satisfy the certification unlike the previous version of 2008. The extent of the documentation depends on the organization. The purpose for the establishment of QMS is for the customers, in your case the Muslim Filipinos.”