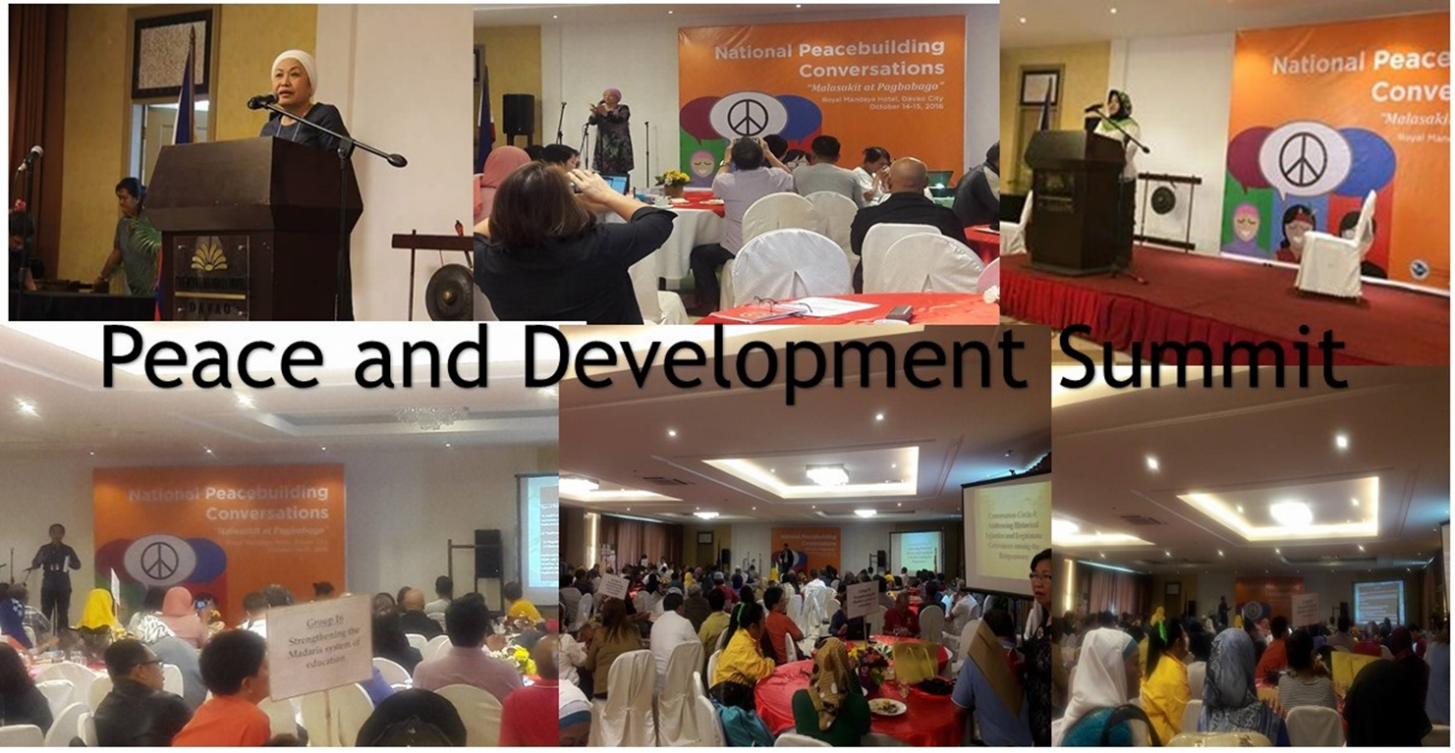 The Office of the Presidential Adviser on Peace Process (OPAPP) together with the National Commission on Muslim Filipinos (NCMF) (mainly through the Bureau of Peace and Conflict Resolution and NCMF Davao Office) and in coordination with the Office of the Cabinet Secretary, organized and hosted a two-day peace and development summit dubbed as “National Peacebuilding Conversations,” on 14-15 October 2016 at Royal Mandaya Hotel in Davao City. The summit is intended to ensure that there will be a convergence approach among major stakeholders in the achievement of the Administration’s Peace and Development Agenda.

In her opening remarks, NCMF Secretary Yasmin Busran-Lao underscored that the active participation and efforts of all the participants are essential in building the foundation for lasting peace. 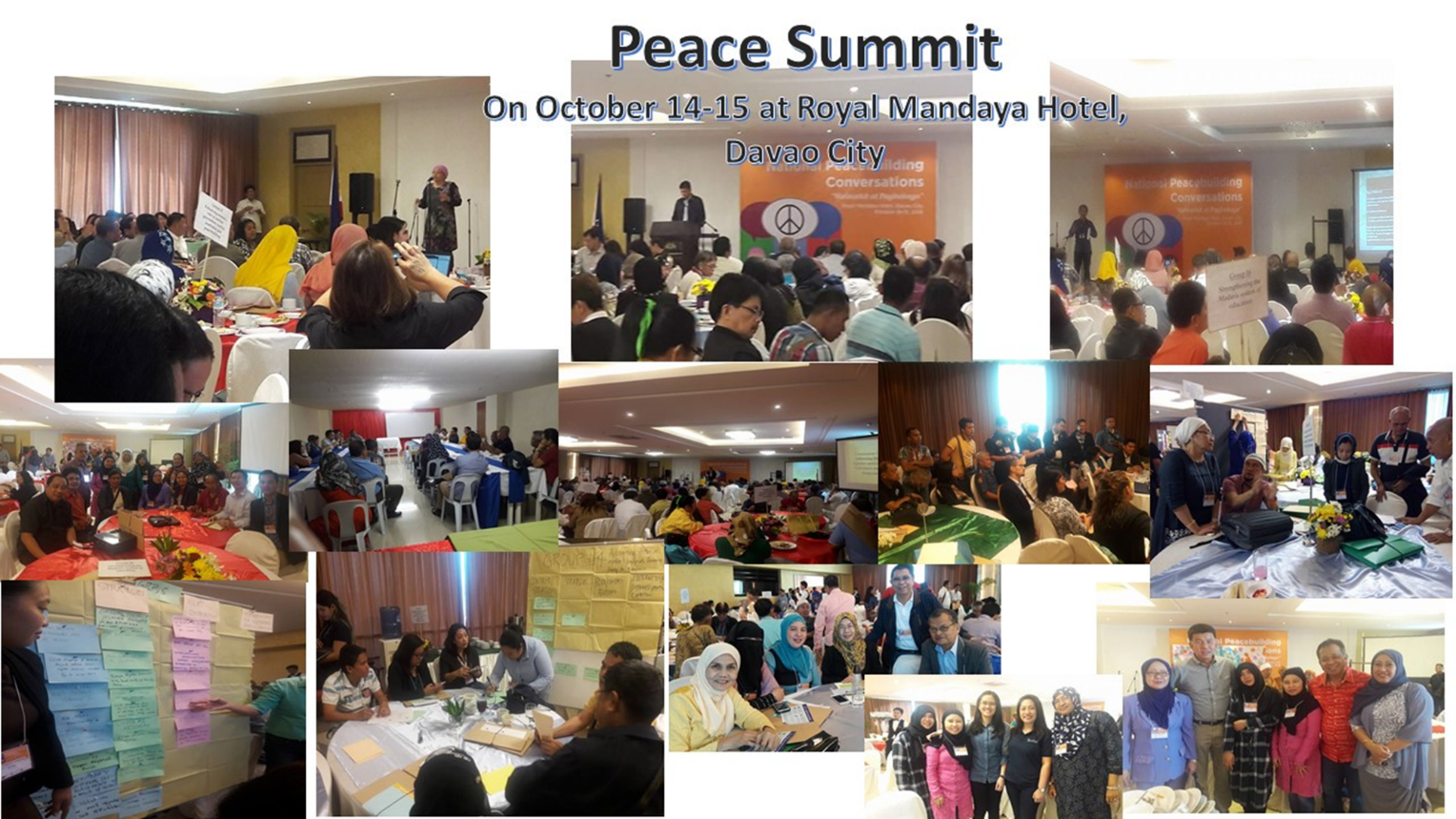 The inputs or “gems” harvested from the conversations were then presented to the OPAPP and NCMF high officials, who in turn responded by engaging the sponsors to support the so-called gems.

Presidential Peace Adviser Jesus Dureza thanked all the participants and called on everyone to join peace-building activities.